"Dr. Patterson is a social justice drum major who passionately fights for the dispossessed,” said SCJ BMCR Jurisdictional Chair Yvette Richards. “As the first African American woman ordained an elder in the North Texas Conference of the United Methodist Church, and pastor of some of Dallas’ most historically significant congregations, she is used to breaking stained glass ceilings. We’re proud to endorse her mission-field minded leadership and vision for moving the United Methodist Church forward.

Dr. Patterson is a high- profile innovator and thought leader across United Methodism.  She has preached in United Methodist pulpits nationally and internationally. The daughter of a policeman and a schoolteacher, Dr. Patterson works as a healer in the police-community world.

Dr. Patterson has infused innovation into the ministry of United Methodists across the nation as a prolific author of nine books, and countless articles. Her most recent book on self-leadership has been taught in leadership classes at the university level and in the training of hospital executives and law enforcement top brass.

Nationally she has served her denomination as a member of the General Board of Discipleship in Nashville, and as a Communicator for the United Methodist Women (then in New York). Within the North Texas Annual Conference, she chaired the Local Church Concerns Committee, served on the Metro district board of ordained ministry. For seven years she led digital innovation at the North Texas Annual Conference as Communications Director for the conference.

In the community Dr. Patterson relentlessly helps others. She is a force in the arena that seeks to end domestic violence. She served as a director on the board of Methodist Health Systems of Dallas and ensured that the lowest and the least were cared for. Currently she is Vice President of the Perkins School of Theology Executive Board, an Adjunct Professor at Perkins School of Theology at Southern Methodist University, a trustee of the Southern Methodist University and Vice President of the Black Clergy of North Texas.

Dr. Patterson is a 13-year survivor of breast cancer. She turned her diagnosis into a Dallas-wide health education event. In partnership with Methodist Health systems she created “The Patterson Pledge” that encouraged women to take responsibility of their health. She raised thousands of dollars to provide free mammograms for low income women by gathering other breast cancer survivors and buildings Habitat for Humanity homes.

She holds degrees from Spelman College in Atlanta, GA, and Perkins School of Theology at Southern Methodist University, in Dallas, TX. Dr. Patterson and her husband, Robert, have been married 35 years and are the parents of two adult children. 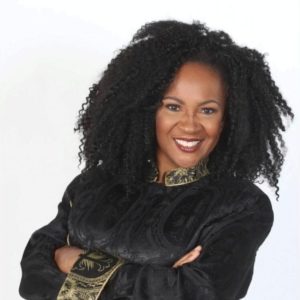 Support Dr. Sheron Patterson in her quest to become the first African American female bishop in the South Central Jurisdiction. There are expenses for travel, brochures etc.

Please use the PayPal link below. It is connected to the office of South Central Jurisdiction Black Methodist for Church Renewal.

If you would like to submit a check, please make it payable to
South Central Jurisdiction Black Methodists for Church Renewal (SCJ-BMCR),
and write Dr. Patterson Episcopal Fund.

Your donations are tax deductible.

WILL YOU BE COMING?